Here's a few photos from our film session on some secrete trails built by the riders pictured here. 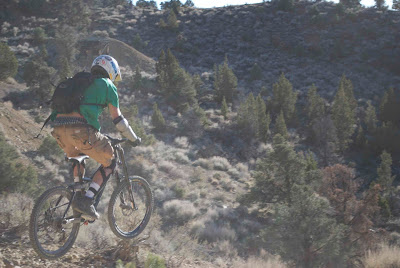 Joe Markus dropping the road gap on the jump trial. 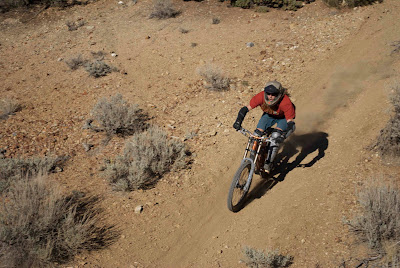 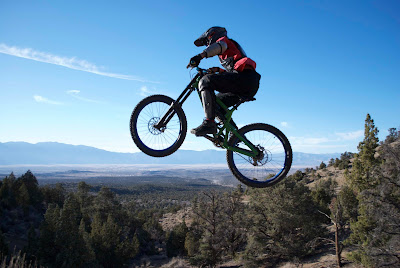 Jaycob Daiek airing out over the valley view. 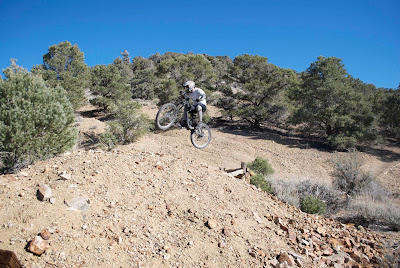 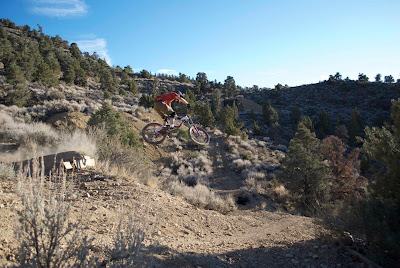 Coery Dicks busting a tight air into the pocket over the side gap. 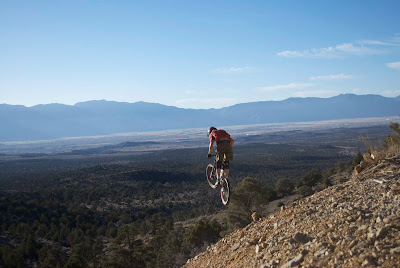 Corey sending it off the massive road gap. 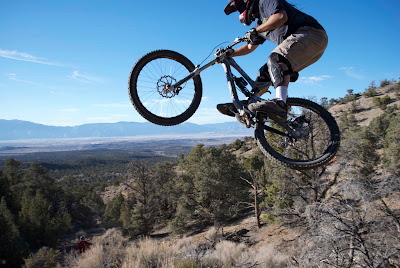 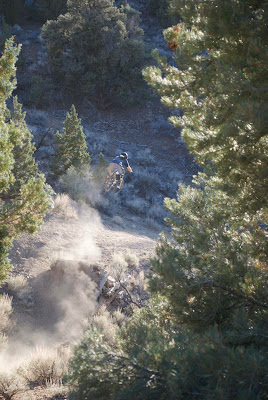 Mike O had been busting the snowboard jump all day. On his last jump of the day he blasted a huge air and got a little squirrely. Lost his foot on the peddle and came down chest first on his seat. 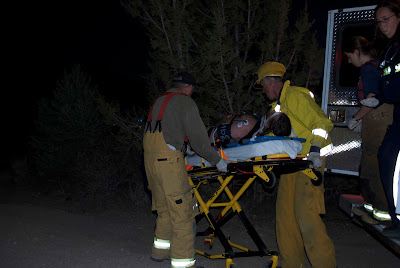 The result was a punctured lung and three broken ribs. 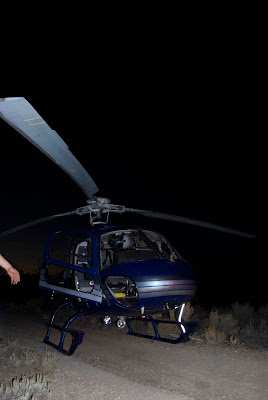 The day would have been allot more eco friendly if it wasn't for the life flight out of this remote area. Mt. Biking is no joke. These guys are really throwing it out there. Huge sketchy jumps with sharp rocks and trees all around. One mistake can take you out for the rest of the season. Thankfully Mike has made a full recovery and is back on the trails doing what he loves.
Posted by Green Rush at 11:16 PM No comments:

River boarding is a killer, eco friendly way to spend a hot day. 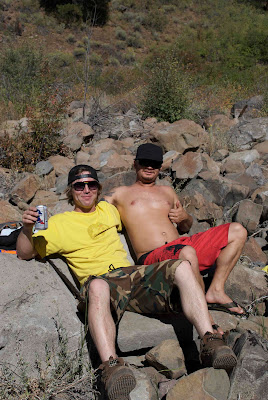 Seth Hall and Ryan Kronenburg spending a fun day on the banks of the Truckee River. 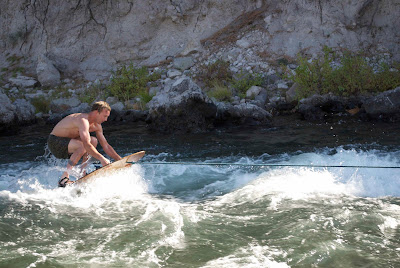 Dan Durken is one of the original river boarders. Here's Dan ripping some Truckee river waves. 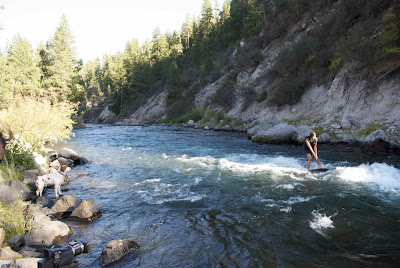 Breanne picked up river boarding right away. This was her first time and she was up like a pro. 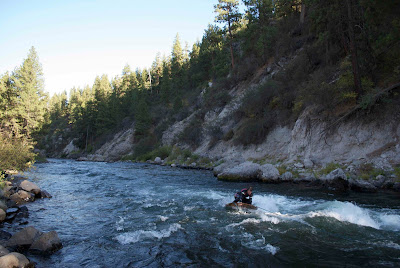 Mikey Wier and his frog style. 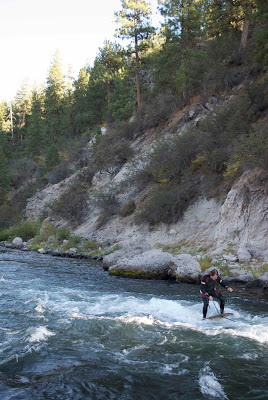 Mikey helped invent and refine this style of riverboarding. He still custom makes his own board design. 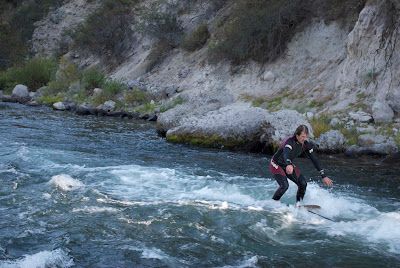 No hander surfing. Small day on the Truckee river.
All photos shot by Breanne.
Posted by Green Rush at 6:25 PM No comments:

Here's a couple photo by Mikey Wier from a split boarding film trip with Baby J and Lee last winter. 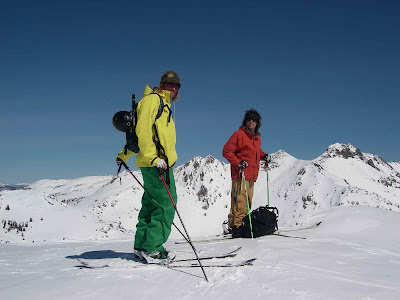 Baby J and Lee on top of a Central Sierra's peak. Getting ready to finally ride some lines after a long hike. It's a great feeling to be on top of a huge mountain peak after working to get there. You appreciate it so much more than if you ride a chair lift up there. It's quite enough that you can hear the mountain talk to you without the distractions of the crowds. You get to choose you line how ever you see it and take your time getting there. 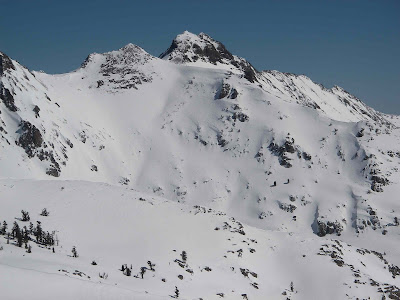 Fun Land. Endless possibilities for those willing to hike for their lines. 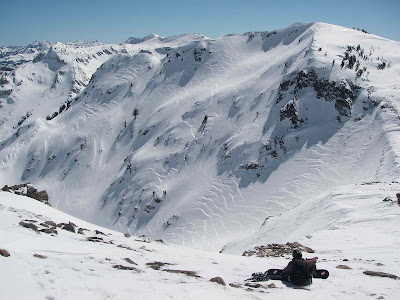 The play zone. Super wind buffed on this trip. 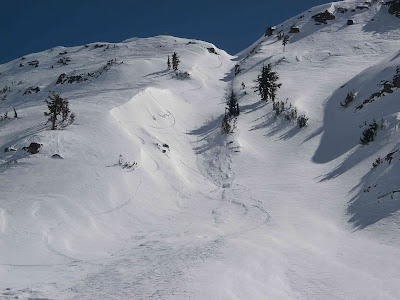 Mikey Wier surfing a line in the gully. Next to it is where Baby J took a gnarly crash at high speed. He lost a ski and tomahawked down the run. Luckily Baby J is an amazing athlete and was able to get up, ski down and hike a long way to get out of there.
Posted by Green Rush at 6:12 PM No comments: 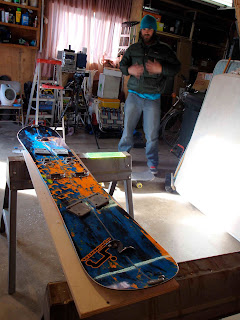 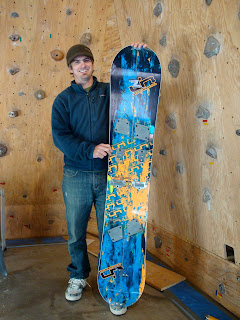 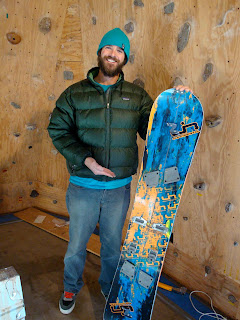 Two years ago in an attempt to become more eco positive, Chris Edmonds produced a movie called "My Own Two Feet". It was the first all man powered snowboard film. As part of the filming Chris and his crew all built split boards. Through this process Chris acquired all the tools and began converting snowboards into split board back country accessing machines. 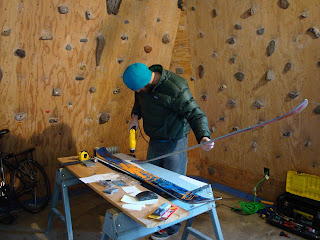 Here's a few shots of Chris and Mikey Wier converting a Lib-Tech Skate Banana snowboard into a split board. If you have all the tools, it's a relatively easy process. For this conversion we used a Voile split board hardware kit. It comes with all the hardware you need and instructions on how to cut the board and install the hardware. Keep an eye out for shots of Mikey riding his Banana Split board last winter in the movie. Special thanks to Chris Edmonds and Leeward Cinema.
Posted by Green Rush at 5:36 PM 1 comment: 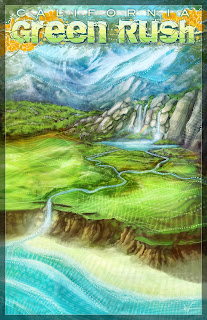 Posted by Green Rush at 2:57 AM No comments:

The Rest of the Radness! Intro

Check out the rest of the redness at Kyle Buthman's youtube page
http://www.youtube.com/user/boothyca#p/u/0/5XQqYxLiAZU
Posted by Green Rush at 2:17 AM No comments: